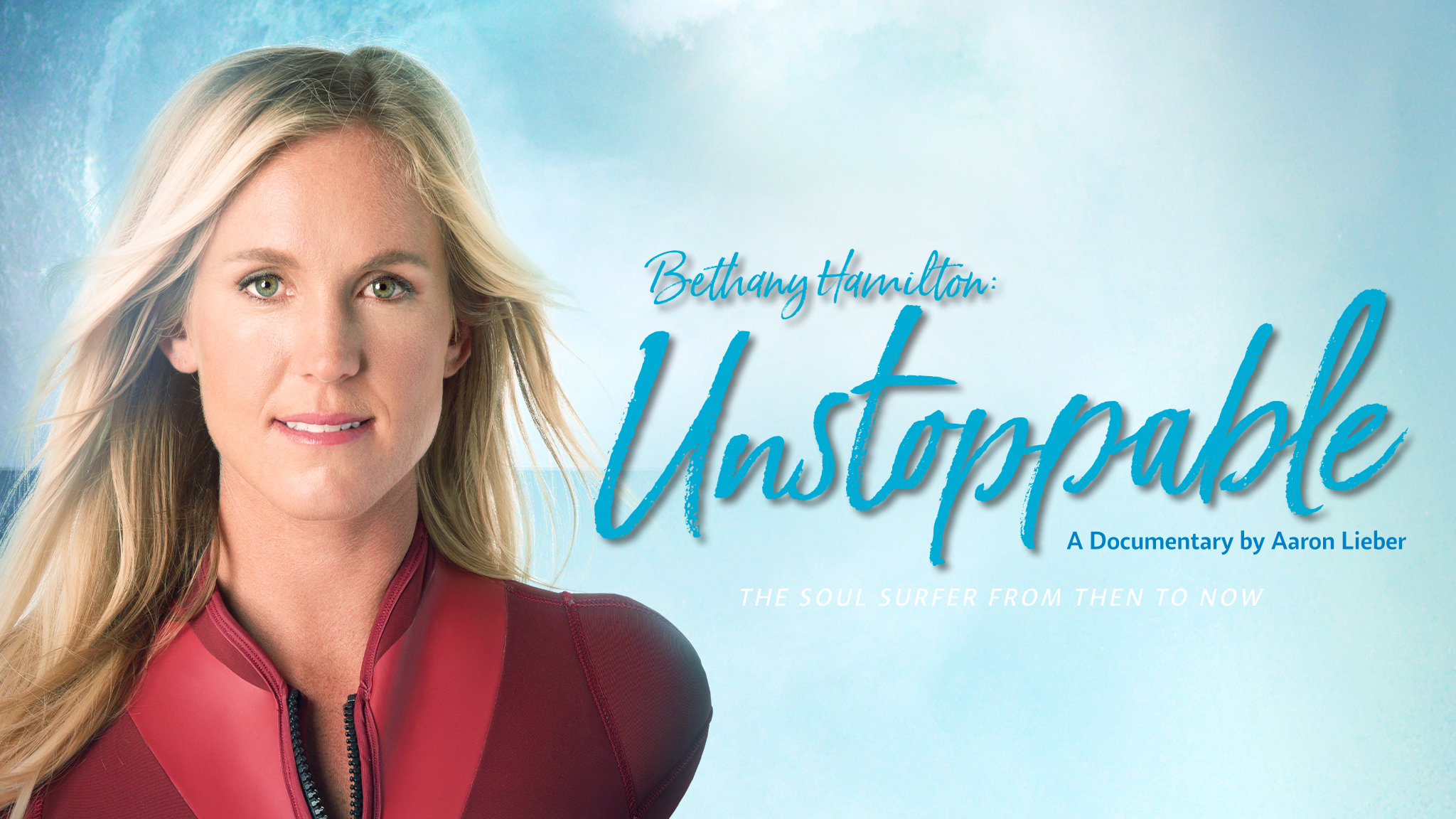 30 Sep ‘Bethany Hamilton: Unstoppable’ to be Released on Digital Oct. 15

BETHANY HAMILTON: UNSTOPPABLE is THE UNTOLD STORY of the heart of a champion and her resilience against all odds – after the infamous shark attack that cost Bethany her left arm – to become one of the leading professional surfers of our time. Hamilton is continuously rewriting the rules on being a fearless athlete, and brings new meaning to the phrase “surfs like a girl.”

The new documentary BETHANY HAMILTON: UNSTOPPABLE chronicles Bethany’s journey in recent years as she takes on one of the biggest and most dangerous waves in the world, Hawaii’s ‘Jaws’. The film also follows Bethany as she re-enters the professional surfing circuit, making her way back to the top of the podium, all while becoming a new mother of two.

“UNSTOPPABLE is the ultimate comeback story about an incredible woman who defied the odds, which I was honored and excited to make,” said filmmaker Aaron Lieber. “Over the past 15 years she put in the time and effort to become a world class athlete and surfer, all while becoming a wife and a mother. It has been an incredible 6 years making this film and having such great supporters and collaborators, like Dolby who mixed the film in Atmos, and Kris Bowers (GREEN BOOK) who composed the original score, has helped shape the film into an immersive experience. By the end of the film, I hope the audience feels inspired and unstoppable themselves.