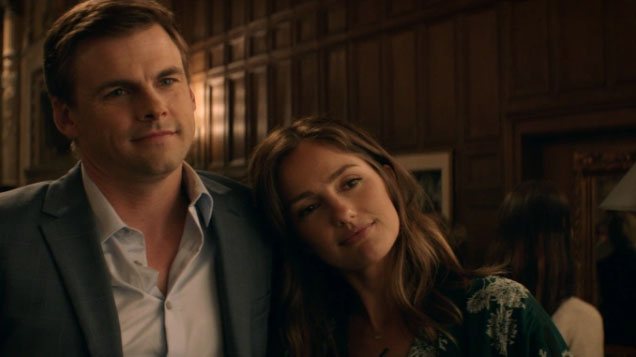 EXCLUSIVE: Byron Allen’s Freestyle Digital Media has picked up the North American rights to the road trip buddy comedy She’s in Portland and will release it on digital, cable, and satellite platforms on September 25. Marc Carlini directed the film from a screenplay he co-wrote with Patrick Alexander. Tommy Dewey, Francois Arnaud, and Minka Kelly star.

The film, which had its world premiere at the 2020 Santa Barbara International Film Festival, follows a family man who, after recognizing that his best friend from college is in a slump, convinces him to travel up the California Coast in search of “the one that got away.”

“This film started as my reflection on the bigger life choices my friends and I struggled with in our thirties. As our careers and our relationships went in different directions, the common thread among us was whether we made the right decisions.” Carlini said. “Now with Freestyle Digital Media leading the way, I am excited that our film will connect with a broader audience as we, together, face challenging and soul-searching questions in these interesting and unique times.”

Freestyle’s VP of Operations and Sales, Bill Vergos remarked, “This is a very entertaining film from Marc Carlini, and we are looking forward to bringing SHE’S IN PORTLAND to audiences nationwide this fall.”

Caleb Ward brokered the deal on behalf of Freestyle with Todd Slater of Slater Brothers Entertainment for the filmmakers.