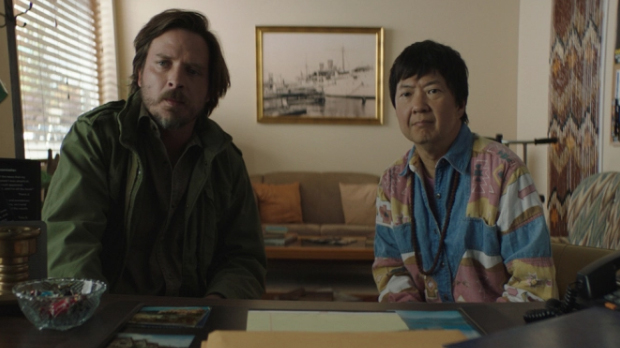 Here’s the logline: Still mourning the death of his wife (Kathleen Munroe), Bruno (Young) is hopelessly attached to the seaside cottage they built together. When he’s evicted by his soulless in-laws, Bruno vows to get it back at any price. Desperate to escape the gracious but neurotic hosting of his parents (Beau Bridges, Jacki Weaver), and with the aid of his enabling best friend (Ken Jeong) Bruno sets a risky plan in motion to recover his home. But posing as a handyman for the cottage’s intriguing new tenant (Parker Posey) turns his life – and his intentions – upside down.

Elsewhere is produced by Chris Cole (About Us) and J. Todd Harris (The Kids Are All Right), with Shawn Williamson (The Good Doctor) serving as executive producer. The distribution deal was negotiated by Chris Charalambous, Head of Acquisitions at Freestyle Digital Media, and Benjamin Rubinfeld on behalf of the filmmakers.