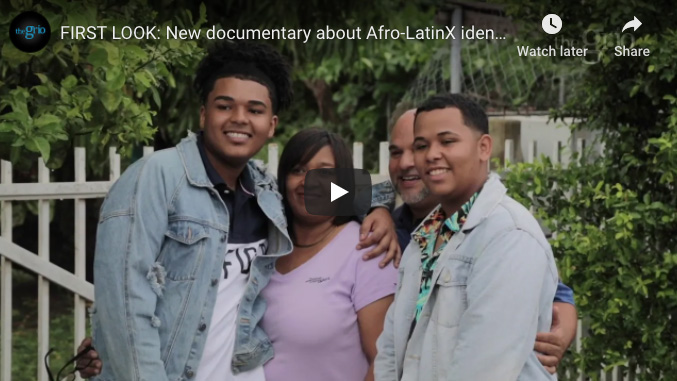 In the documentary, Alford heads to Loíza, Puerto Rico to unpack issues of racial discrimination, policing and economic inequality on the island, during the summer of 2019 when protesters ousted their governor. She explores the complexities of Black identity through interviews with Afro-Puerto Rican residents, scholars, and historians, who share their story of a cultural and political revolution. Natasha also unpacks her own personal connection to the island.

Alford, along with Defend Puerto Rico producers Mikey Cordero and Frances Medina weave together a powerful story about being Black in a country where the legacy of colonialism is alive and well. It’s estimated 95 percent of the African people stolen during the trans-Atlantic slave trade landed in Latin America and the Caribbean. In a world where more voices are challenging racism and social injustice in Latin America and beyond, Afro-Latinx Revolution unpacks the realities of the descendants of those Africans today.

“I wanted to tell a story that centered Black voices in our conversations about Latin@/x identity; highlighting their complexity, beauty, power, and diversity of thought,” said Alford. “Too often the popular image of ‘Latinidad’ erases Afro-Latinos, along with their achievements and historical contributions.”

She said that the project started after she was watching the news coverage on the protests in Puerto Rico in 2019. “While the news media televised the revolution, I had questions about the complicated story of race on the island,” she said. “Was anti-racism a part of the revolution? And if so, who was leading the fight? Just because most mainstream news stories didn’t focus on this angle didn’t mean it wasn’t happening.”

Alford added, “As an African-American and Puerto Rican journalist, I see this documentary as an opportunity to educate about connections across the Black diaspora. Despite our differences, there are also some shared struggles. That’s why I insisted it be bilingual, so we can bring communities together for important conversations about racial and social justice.”

Watch the trailer above and check out the poster below. 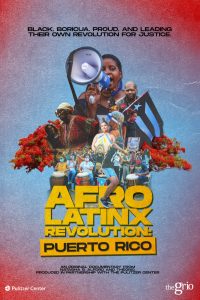