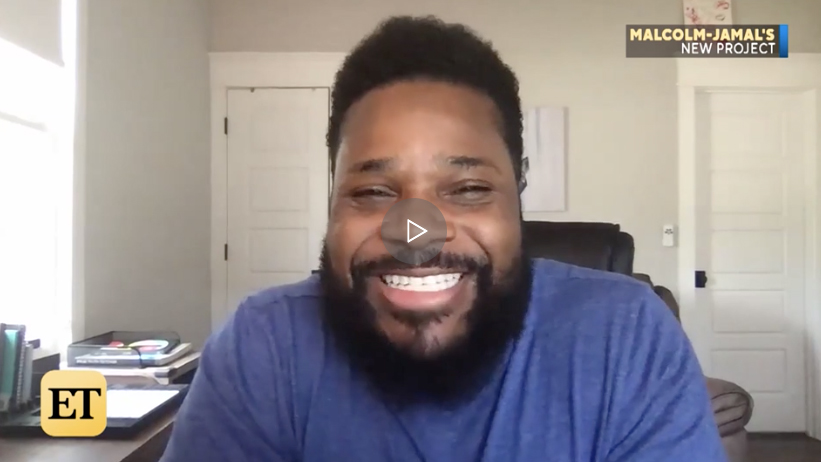 Malcolm-Jamal Warner was at the forefront of the black family that changed the way people viewed African Americans when he starred as Theo Huxtable on The Cosby Show. Now, years later, the 49-year-old actor continues to use his voice to help fight against racial injustice with his new documentary, Word Warriors III, out June 19.

“Word Warriors is a film that follows a couple of different poets and chronicles life as a black man,” Warner tells ET’s Kevin Frazier. The doc also explores the concept of using one’s words as a weapon of peace versus guns and violence.

“Everything that everyone is talking about in this film, and the way life is, and the way life is seen through a black man… all of that is even that much more relevant now because there are so many people whose eyes have been opened,” Warner explains. “[Right now, people] will be in a place where they can really, wholeheartedly receive what the spirit of Word Warriors is about. It’s also about the craft of poetry and how spoken word poetry is a very viable and very necessary avenue for pain to be expressed.”

As the protests against systemic racism and police brutality continue following the killing of George Floyd, Warner sees a change like he’s never seen before.

“We’re at a turning point…I think, in a way that I have not seen before in my lifetime. I just feel like there is such a huge tide that’s shifted that it’s positive,” he expresses. “I think we’re at a wonderful place that, not only are people who are not black seeing it, they’re admitting that they’re just now seeing it. And I think what’s really interesting about the police reform that will be taking place, and the fact that these cities are jumping on this police reform so quickly — incrementally, mind you — but still, it’s a very swift movement. … I’m not sure if the Black Lives Matter movement is really getting enough credit for the changes that are starting to be put into place.”

Aside from fighting for justice, Warner is also hoping to get back to work on season 4 of the Fox medical drama The Resident, which got renewed last month. Amid the ongoing coronavirus pandemic, Hollywood is beginning to put guidelines into place on how to safely return to sets.

“We’re supposed to go to work in August but I think the reality is we won’t go back to work until all the necessary precautions are in place and everyone feels safe. It literally changes pretty much everything,” Warner shares. “We feel very blessed to be able to have work, to be doing good work, and to be doing some really relevant work. So I think season 4, with everything that’s going on, is gonna be a really interesting ride for everybody.”

Word Warriors III will be released on DVD and North American VOD platforms on June 19, also known as Juneteenth.

Click here to watch the full interview on Entertainment Tonight