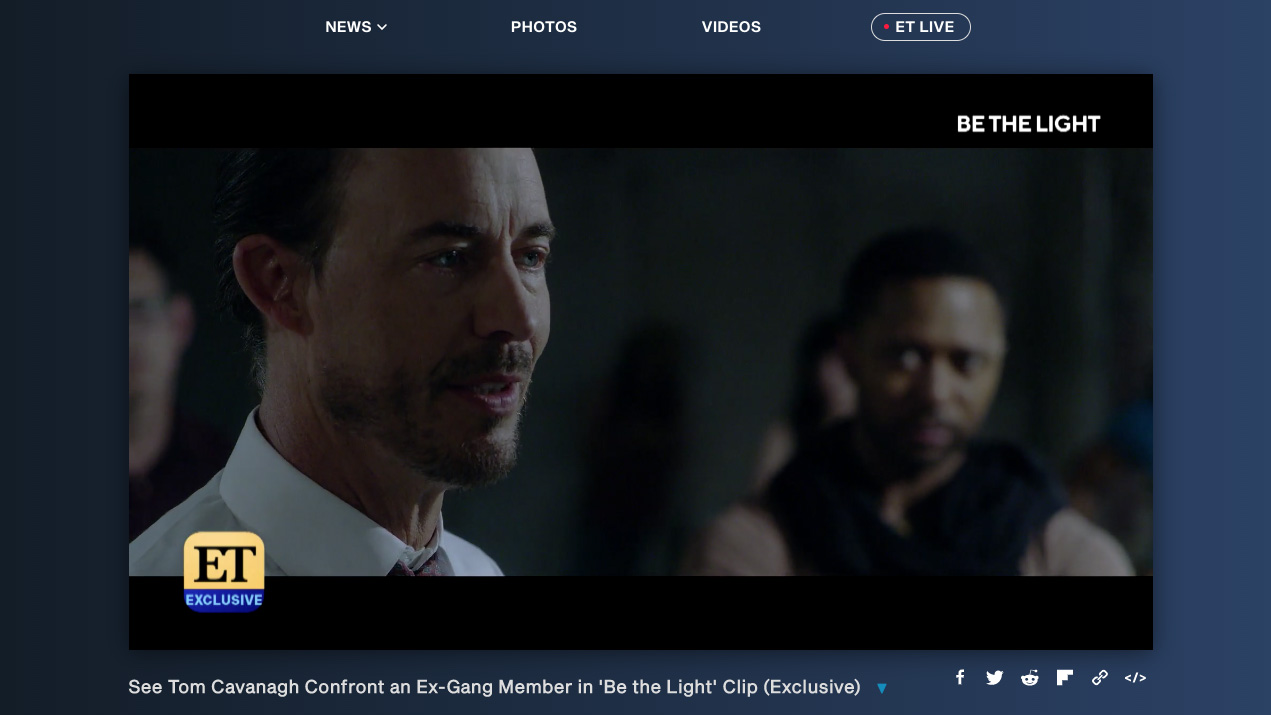 The film drops on VOD and DVD on Sept. 11 from Freestyle Digital Media. ‘Be the Light’ tells the story of a down and out girl, Celina (Cara Santana), who tries to make amends with her dying father, from whom she’s been estranged. Celina decides to go home, repair their relationship and get her father the necessary medical treatment. With the help of her community, she raises money by entering a music competition. Celina reconnects with her old friend, Marvin (Malcolm J. Goodwin), a former gang member who is working hard at getting a second chance at life by doing some good for his community. Together, Celina and Marvin decide to raise money for Ramon’s cancer treatment. When a music competition with a grand prize of $500,000 called ‘The Gold Standard’ is announced, Celina pushes herself to write music and sing again. Armed with Celina’s songs they form a singing and dancing group with Marvin and friends called The Mysfit Toys — in hopes of winning the prize to save Ramon.

Click here to watch the exclusive clip from Entertainment Tonight.