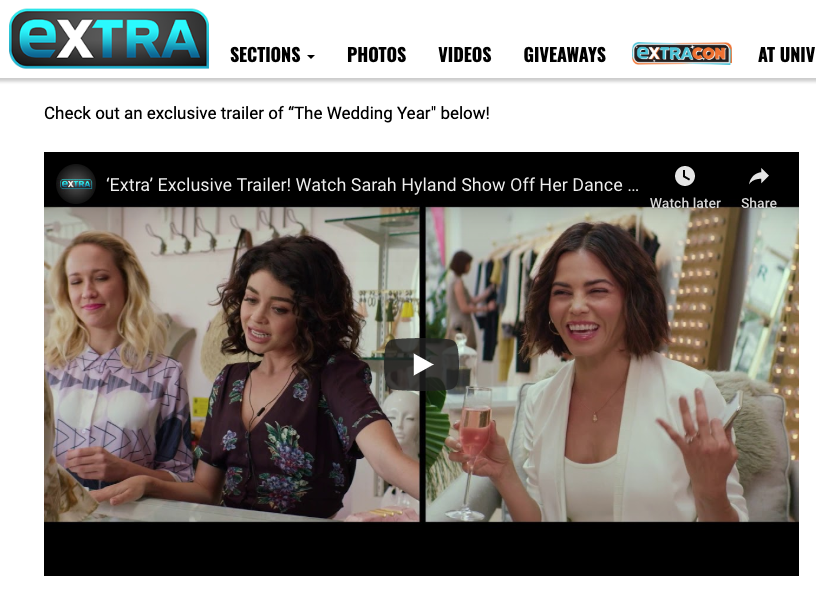 “Extra’s” Renee Bargh caught up with Sarah at Universal Studios Hollywood, where she opened up about her engagement to “Bachelor in Paradise” star Wells Adams. […]

Hyland is “obsessed” with her engagement ring, which she happily showed off! She revealed that Wells knew which one to get, saying, “I had told him what I wanted a very long time ago. It just like happened naturally. So [he] like knew my ring size and exactly what I wanted.”

“And I told him it has to be Lorraine Schwartz or I’m saying no,” Hyland joked. Wells took her seriously, even putting it down in “a note section on his phone.”

Ironically, Hyland is starring in a new movie called “The Wedding Year,” which has her playing a character who “does not believe in marriage.”

She went on, “It’s so funny… That was a really nice stretch for me as an actor because I do and I have always wanted to get married so it’s really funny… I’m, like, in my personal life starting to figure out how to plan a wedding, whereas this movie’s coming out and Mara just like doesn’t even believe in them at all and is invited to seven of them in one year, so it’s a nice juxtaposition towards each other in my life right now.”

Check out an exclusive trailer of “The Wedding Year” below!