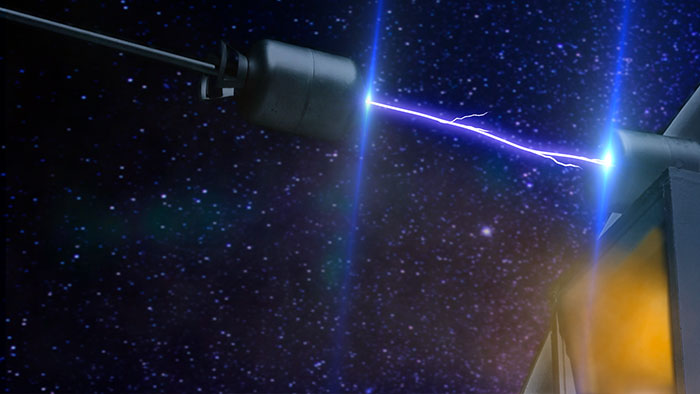 Posted at 17:19h in News by Michael Hetnal

The Golden State has long been hectored as a holding pen for wingnuts. Southern California especially is sometimes cited as a dizzy, slightly unhinged dystopia full of UFO abductees, conspiracy theorists, and religious cults. It’s a gross exaggeration, of course, but with a grain of truth.

The desert, in particular, is considered a magnet for outsiders and those of a mystical ilk. One such pilgrim to the state’s barren territory was George Van Tassel, a former aviation engineer who in 1947 moved his family to the town of Landers, located 40 miles north of Palm Springs. He had worked for Lockheed and Douglas Aircraft, and for Howard Hughes’s aviation concerns. But he was intent on following a markedly different path from the one he’d been on. A follower of esoteric spiritual pursuits, Van Tassel settled in Landers because of its proximity to Giant Rock, a seven-story-high desert boulder considered sacred by Native Americans.

Six years after relocating to the desert he was awakened one night by a man from outer space, the captain of a “scout ship” from Venus. His name was Solganda and he was 700 years old, although according to Van Tassel he didn’t look a day over 28.

The alien brought Van Tassel aboard the spacecraft — you knew that was coming —  and told him that Earthlings’ reliance on metal building materials was interfering with radio frequencies and disrupting interplanetary “thought transfers.”