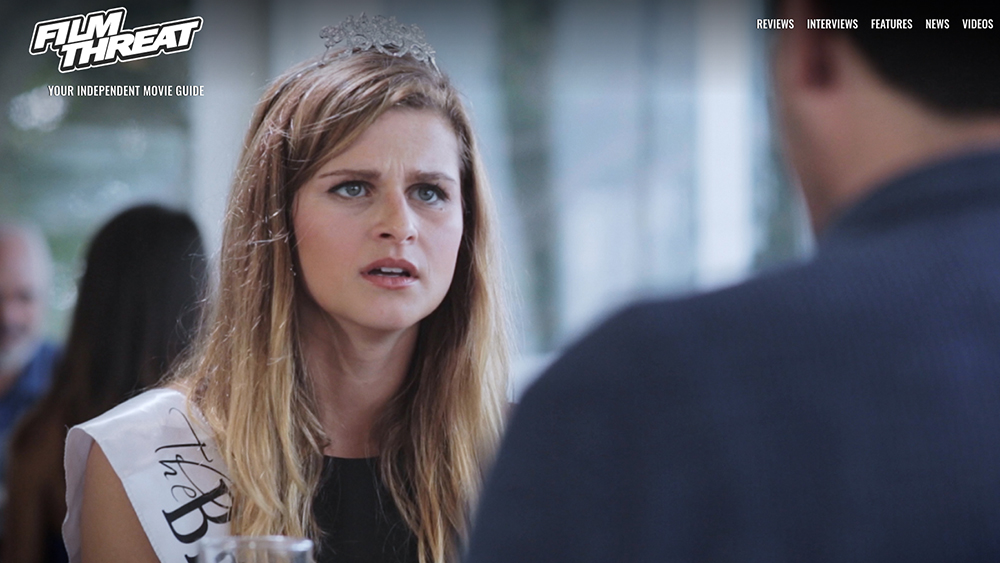 The April Fools’ Day-Themed Romantic Comedy Batsh*t Bride. Batsh*t Bride will be available to rent and own on DVD and North American digital HD internet, cable, and satellite platforms through Freestyle Digital Media on May 8, 2020.

Batsh*t Bride tells the story of engaged couple Heather and Bryce. On April Fools’ Day, just before their wedding, bride Heather pranks fiancé Bryce by saying that she thinks they’ve lost that spark and that they should call off the wedding and break up — only to discover that Bryce feels the exact same way! Everything spirals out of control as the beleaguered bride tries to stop her big day from falling apart during what is ultimately her unexpected journey to becoming a better person.

“We are excited to have Freestyle Digital Media on board for our release of Batsh*t Bride,” said filmmaker Jonathan Smith. “In these serious and uncertain times, our movie Batsh*t Bride is touchingly amusing escapist fare, and we know viewers will be swept up in both the romance and the comedy.”