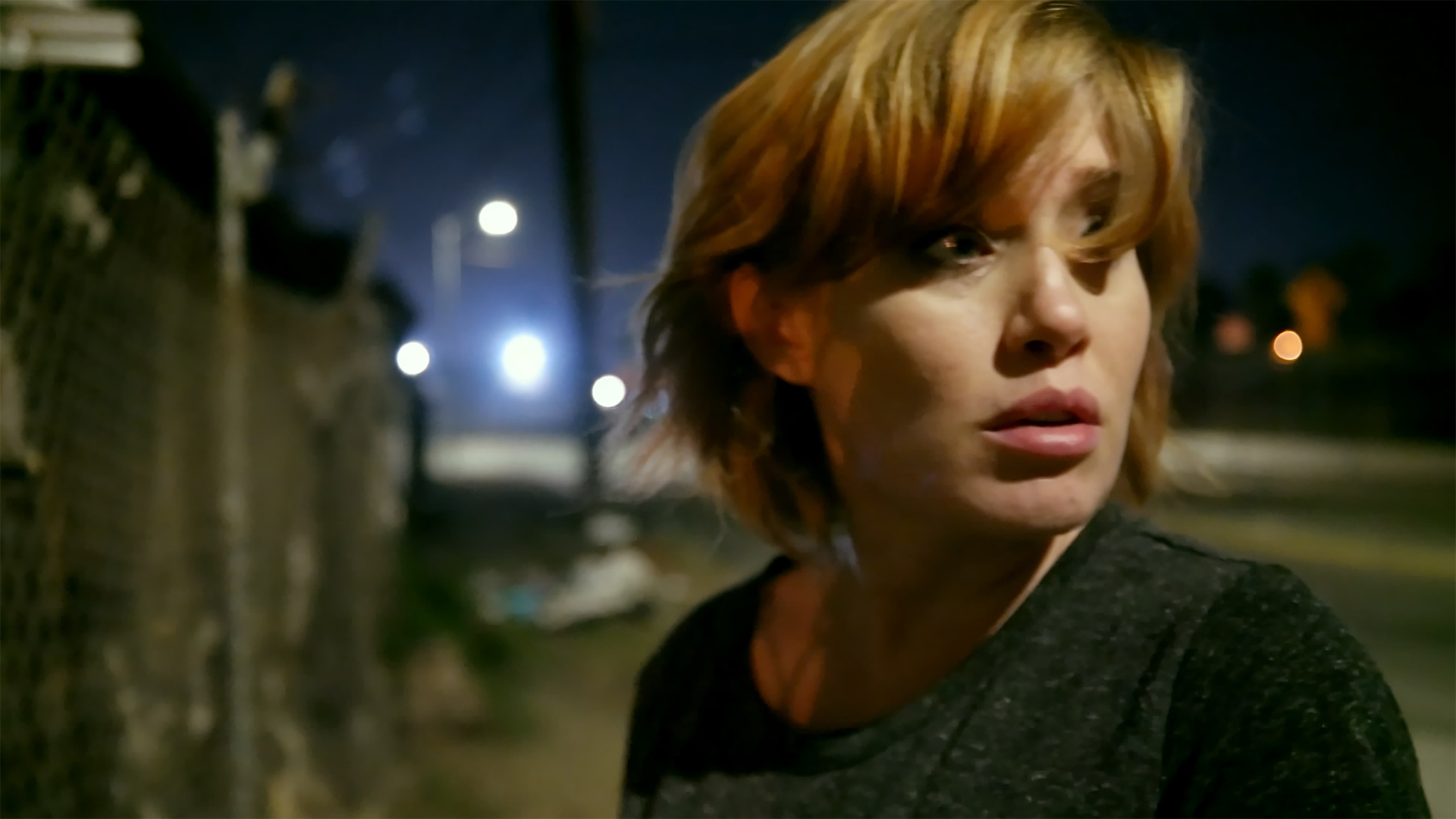 Deadlines can be a great motivator for filmmakers to finish (or start) a film. Paula Rhodes and Charlie Bodin’s feature film, Delicate State, had a hard deadline of nine months as it incorporated the couple’s actual pregnancy as an integral part of the story.

Small business owner Charlie (Charlie Bodin) just bought himself a video camera and decided that it would be fun to document his life with his wife, Paula (Paula Rhodes), including the conception of their baby (well, almost). The pair decides to continue recording video entries as a love letter to their future child. Unfortunately, complications arise when Paula is told that there is a problem with the placenta placement in utero. It’s nothing especially dangerous, but if positive, a C-section will need to be done when the time comes.

Meanwhile, outside their apartment walls are the signs and sounds of civil war, and Charlie’s brother, Glenn (Glenn Morshower), and his conspiracy theories are not helping. Fears escalate with violence on the street, increased police and military presence, and never heard before air raid sirens. Sensing things will not get better, Glenn’s wife, Cathy (Cathy Baron), pleads with Paula to go off-grid with them to an undisclosed location. However, Paula thinks she’s overreacting and refuses to go — a decision she’ll soon regret. Weeks later, when Charlie loses his business, the two decide it’s time to leave and reunite with Glenn and Cathy.

The idea of shooting a political thriller over the course of an actual pregnancy alone should be the convincer you need to see Delicate State. Also, telling the story via vlog entries is as close as one can get to being a found-footage film without being one. Admittedly, there are limitations to this genre that make the final product feel like it’s always holding back on telling a broader narrative. The film is about as indie as you can get.