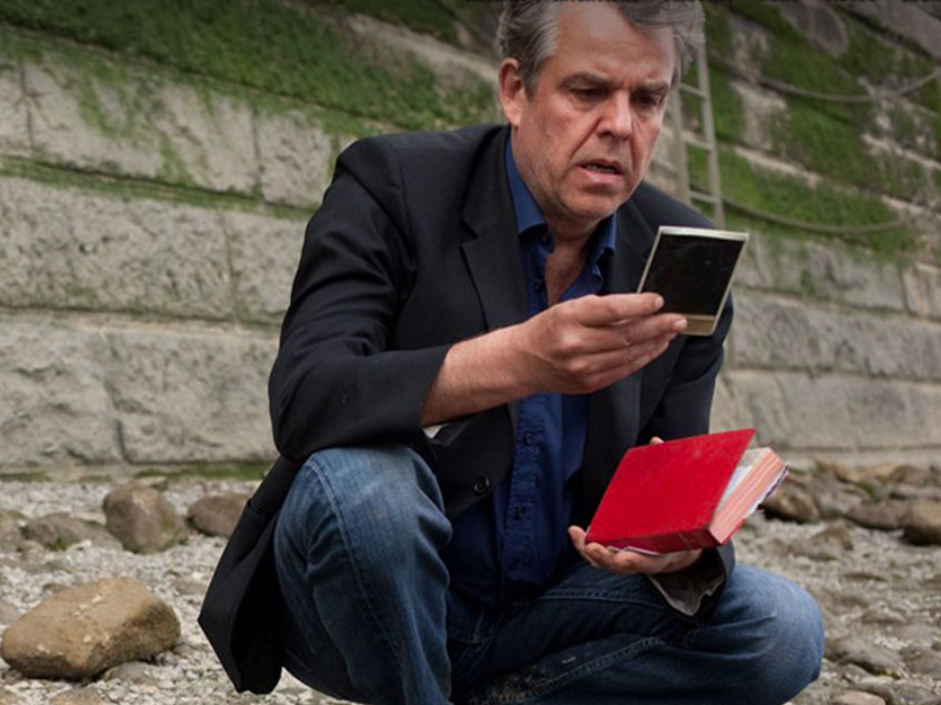 The great character actor Danny Huston – Anjelica’s brother – has worked with some legendary directors like Martin Scorsese (The Aviator) and Alfonso Cuarón (Children of Men). He’s also frequently delegated to thankless, villainous supporting roles in Hollywood blockbusters (Wonder Woman, Angel Has Fallen). It’s a little-known fact, however, that the actor – whose expressive eyes elevate the trashiest material with a mere twinkle – started his career as a director (Mr. North, Becoming Colette, The Maddening). With The Last Photograph, Huston allows himself the opportunity to flex both muscles: he directs and stars in the artistic, poignant feature. The filmmaker deftly handles themes of loss and mourning, gracefully tackling a real-life subject. His film is loosely based on the horrific crash of the Pan-Am Flight 103, which was destroyed by a bomb over Lockerbie, Scotland.

The film starts in black-and-white, a snapshot of a seemingly inconsequential conversation between father and son. Huston’s Tom Hammond is driving Luke (Jonah Hauer-King) to the airport, asking his son questions about his new girlfriend Bird (Stacy Martin). Luke ends up boarding the ill-fated Pan Am flight. Having gone through seven circles of emotional hell, Tom is now a grumpy bookshop owner, still very much haunted by the appalling incident. One day, his bag – which contains the titular last photograph of him with Luke – gets stolen. This sends Tom cascading back into hell’s depths. He looks through trash bags, throws a fit in the park….Good thing that his neighbor, café owner Hannah (Sarita Choudhury), is there to provide much-needed emotional support.

Huston deftly shifts between the past and the present, juxtaposing the blissful with the sorrowful. I mentioned the word “snapshot” earlier – the majority of the film is shot like a series of photographs, in different formats, courtesy of cinematographer Ed Rutherford. Blurred street corners and even blurrier, magnified streetlights mesh with real archive footage and frozen images of an art installation. Fog hangs heavily over pastures. In lesser hands, this all could have easily slid into the realm of pretentiousness, yet Huston assembles a rather striking cinematic collage. The filmmaker also shows restraint when it comes to revealing information, which plays in the film’s favor, immersing you deep into the tragedy.

As an actor, he’s magnificent, crumbling to pieces and trying to reconstruct himself thereafter. “I bought him the ticket,” he tells Hannah despondently. In the wake of the accident, he’s in shock: “I have to get this to my son,” he begs a police officer, holding Luke’s blue sweater. “It’s very cold.” Guilt-ridden and haunted, he exudes natural charisma.  Screenwriter Simon Astaire, who based the script on his own book, helps things by imbuing the dialogue with juicy lines like, “I wish I could mourn in peace.”

The young romance sub-plot may be a tad unnecessary, and the film ends up rather slight and anticlimactic despite the hefty subject matter. There’s no denying Huston’s mastery though, both behind and in front of the camera. Here’s to the filmmaker adding more vivid gems to his already-impressive portfolio.