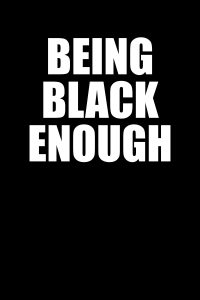 A Young Black Man, raised in a White neighborhood, ridiculed for not being "Black Enough" decides to go to the hood to hang out with his gangster cousin to discover what it really means to be Black. He falls in love with his best friend's sister, whose family happens to be in an opposing gang to his cousins. He eventually faces the harsh reality of gang violence, drug use and eventuality police confrontation.