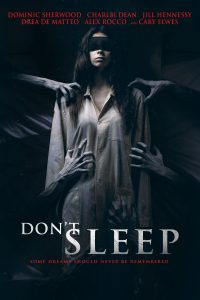 Shawn and Zach are young lovers who move into a guest house together on an estate owned by Mr. and Mrs. Marino. When bizarre events begin to occur with increasing danger, Zach slowly remembers a forgotten time in his childhood when he suffered from what appeared to be a severe and violent psychosis - memories erased by as series of electroconvulsive shock treatments administered by his psychiatrist. As the terrors surrounding their lives grow to deadly proportions and innocent people are slaughtered, Zach is forced to question his own sanity and fears for Shawn's safety. Once the threat of psychotic behavior turns into the possibility of demonic possession, Zach is confronted with a horrific reality he never could before have imagined