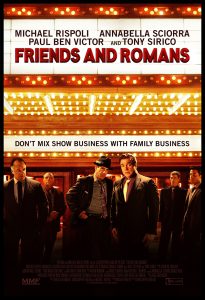 A group of lifelong mob movie extras mount a production of Shakespeare's Julius Caesar in their local Staten Island theater in order to finally get some speaking roles. But the theater is the secret hideout of a real-life gangster who fancies himself an actor, and whom the FBI are hunting for the recent murder of a Broadway producer. The Feds insert their own undercover agent to audition for the role of Cassius, seeking to determine who is the real gangster among a cast of make-believe criminals. All the while, the oblivious cast seek only to prove to themselves, their families, and friends that they are more than just extras.