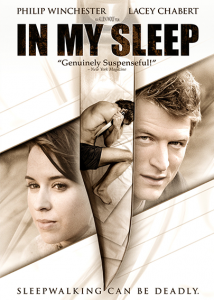 Marcus is a popular massage therapist who struggles with parasomnia, a severe sleepwalking disorder that causes him to do things in his sleep that he cannot remember the next day. When he wakes up with blood on his hands and a knife at his side, he is startled to hear that a close friend has been found stabbed to death. Marcus frantically tries to put the pieces together - could he have murdered his friend while sleepwalking to hide a dark secret between them? The police close in as Marcus investigates his own nocturnal activities, desperate to figure out what happens after he goes to sleep. His journey to uncover the truth leads him to a shocking revelation.