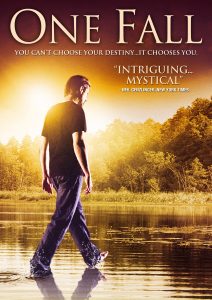 Set in the rustic Mid-Western town of One Fall, the film tells the story of a man who miraculously survived a terrible fall from a spectacular 200 foot- high precipice that is the area's major attraction. After recovering, he abruptly abandoned friends and family and disappeared without explanation. The secret he couldn't share with them was that, while recovering, he had suddenly developed the power to heal others. Tired of running away, he returns home after a long absence and decides to use his gift -- but not altruistically. If people pay him, he will cure them. Though he appears to be doing the right thing, he is doing it for for all the wrong reasons, and risks driving away anyone who ever loved or trusted him. As his moral crisis peaks, he must figure out why he survived his fall, and what he is really meant to do with his life.