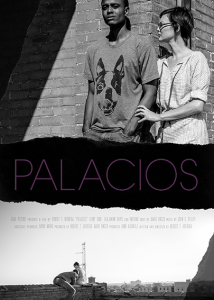 Eugene, an inner-city teen, escapes the streets and hides away on a Midwest rooftop during the early-morning hours of the Fourth of July. Holly, a widowed alcoholic who lives in a secluded rooftop dwelling with her precocious Boston terrier, wakes up and discovers the teen hiding out. They commit to spending the holiday together above the city as they wait for a hopeful resolve to Eugene’s situation. Their time together reveals the joys of a newly found friendship and they take in playful experiences with views of the ignored world around them. As the summer day passes into night, their bond grows and the celebratory fireworks begin to explode, but the troubling conflicts of their personal realities begin to catch up with them.