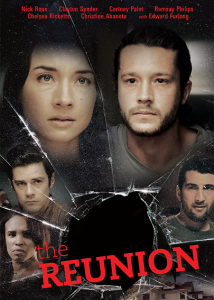 Anna Odell, a famous artist, doesn't get an invitation to her class reunion. She then makes a film about what could have happened if she had gone to the reunion and confronted her former bullies. Later she shows the made-up filmed confrontation to her former classmates, and documents their reactions.