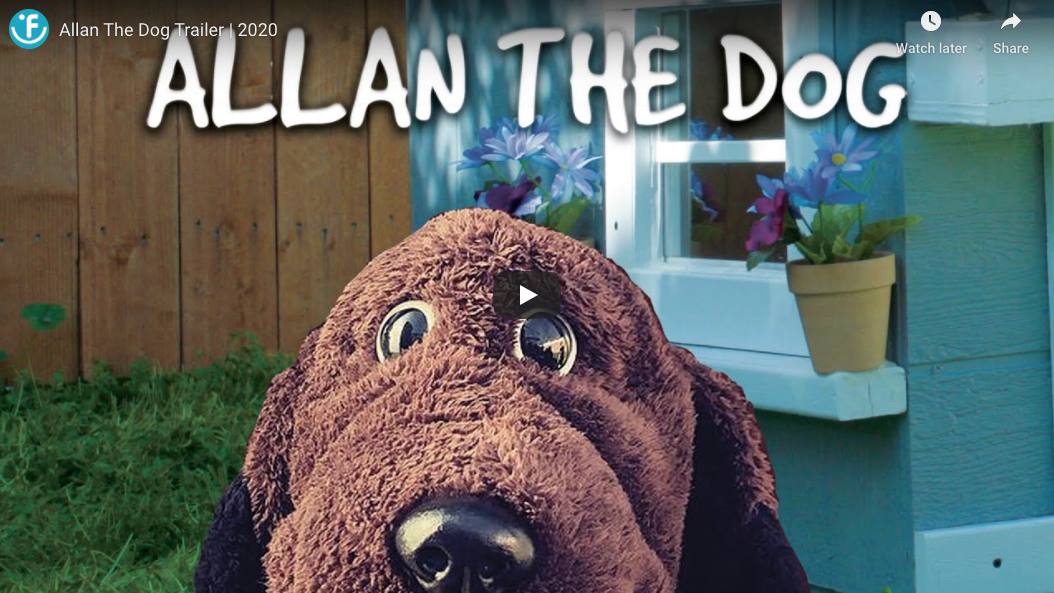 “She’s a human, and you’re a dog! You’re not right for Ellie, dude.” Freestyle Digital Media has unveiled an official trailer for an indie comedy titled Allan the Dog, about a hand puppet dog that acts like a real-life talking dog. We’ve seen an R-rated Muppets movie and a movie about a talking beaver hand puppet, so this seems like the next evolution in wacky hand puppet storytelling. Sam Daly stars as Matt, Allan’s owner and “roommate”, and Steven Wright (who also wrote the script) voices Allan the Dog. They’re supposed to be different characters, not all the same. Their lives get all twisted when they both fall for the same girl. The cast includes Alison Haislip, Gwen Hollander, and Steven Weber. This sounds and looks as awkward and as quirky as expected, which is good and bad. Maybe there’s some charm to this? Worth a look at least. 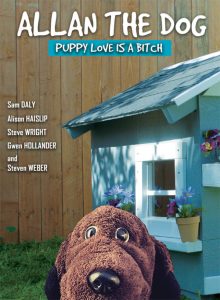 Born to make people laugh, Allan the Dog is determined to reach stardom as a stand-up comic. Allan’s owner and best friend Matt is along for the ride, but Matt is content with his day job and skeptical about the allures of Hollywood. After bombing on stage causes a panic attack, Allan is put on anxiety meds and forced into more exercise. When the cute, new dog walker arrives, all bets are off as both Matt and Allan fall head over heels. When tensions peak, Allan runs away to become an overnight sensation. But when his 15 minutes of fame come to a shocking end, will Allan prove he’s learned an important life lesson or lose his true friends forever? Allan the Dog is directed by veteran editor Barry Murphy, making his feature directorial debut with this project, adapting his own short film of the same name previously. The screenplay is written by Steven Wright. This hasn’t premiered at any festivals or elsewhere, as far as we know. Freestyle DM will release Murphy’s Allan the Dog direct-to-VOD starting June 26th this summer. Who’s interested?