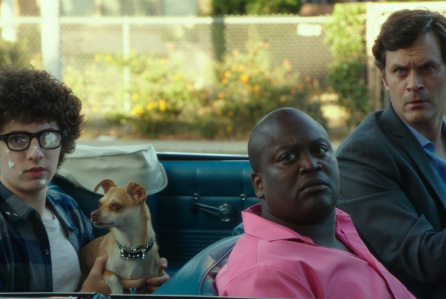 Posted at 01:00h in News by Michael Hetnal

Todd Traina and Frank Dietz wrote the script. It follows Nick Pearson (Scott), the author of a best-selling comedic book, I Hate Kids, and former lothario, who is on the verge of marrying the woman of his dreams (Boston), who happens to share his disinterest for the child-rearing experience. At the rehearsal dinner, an awkward thirteen-year-old boy named Mason (Feder) shows up claiming to be Nick’s son. With the aid of a flamboyant “radio show psychic”, The Amazing Fabular (Burgess), the three strangers embark on a wild road trip to find Mason’s mother.