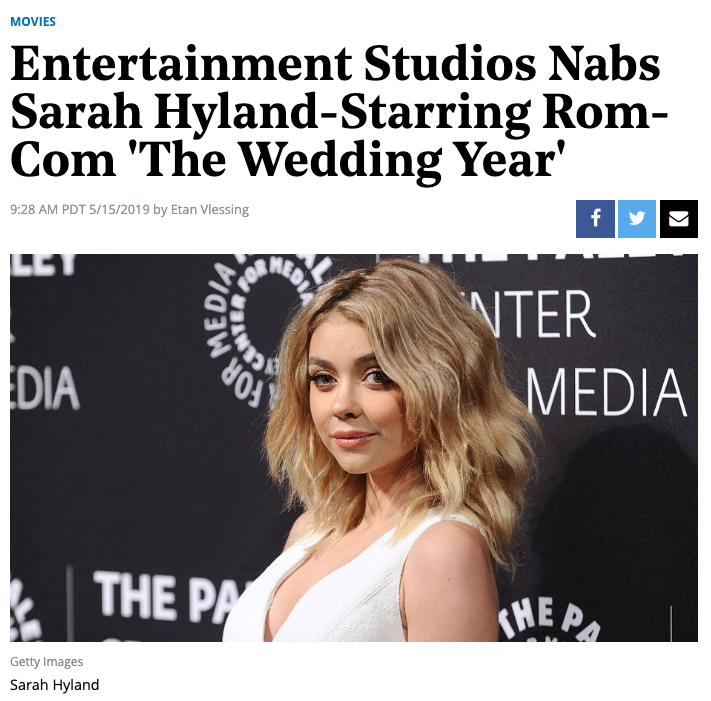 A fall 2019 U.S. theatrical release is planned for the Lakeshore Entertainment production. Legally Blonde director Robert Luketic helmed the feature, which centers on a marriage-resistant Los Angeles photographer (Hyland) who is invited to 15 weddings in the same year with her new ready-to-settle-down boyfriend.

“(The Wedding Year) is a very funny movie that speaks to the present generation’s struggle to figure out and find love,” Allen, chairman and CEO of Entertainment Studios, said in a statement.