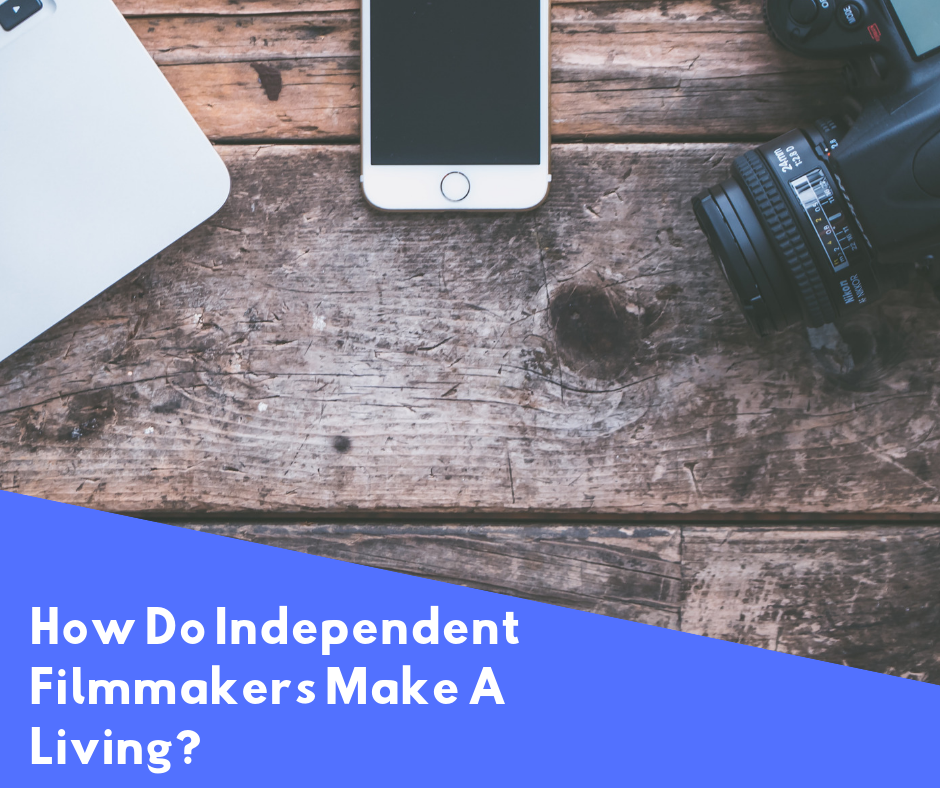 01 Jul How Do Independent Filmmakers Make a Living?

20 BAMcinemaFest Directors on Day Jobs That Pay the Bills

This week the team at BAMcinemaFest has given a platform to an incredible collection of innovative films from around the world. But what do these short, documentary and scripted narrative directors do when they aren’t showcasing their films at a festival? How do they make a living when they aren’t busy making personal films? IndieWire asked the 2019 BAMcinemaFest directors that exact question.

Jessie Jeffrey Dunn Rovinelli (“So Pretty”): Editor and colorist for commercial and independent film and video. I moonlight as a German live-subtitler for unsubtitled 35mm prints at art houses around the city.

Ben Berman (“The Amazing Johnathan Documentary”): What I do when I’m not making films is mainly question what I do for a living. So at least we’re on the same page about that. I’ve directed and edited some comedy tv shows: “Tim and Eric,” “Lady Dynamite,” “Man Seeking Woman,” and some others. I do commercials sometimes too.

Ougie Pak (“Sunrise/Sunset”): I teach filmmaking as a full-time professor in the Department of Visual & Media Arts at Emerson College. I feel truly blessed that I get to make a living exploring the craft I love, alongside some amazing, supportive colleagues. I really can’t imagine a better “day job” for an artist.

Lana Lin (“The Cancer Journals Revisited”): I teach in the School of Media Studies at The New School.

Bassam Tariq (“Ghosts of Sugar Land”): Coming from a working class immigrant family, I didn’t have any cushion to fall back on. I also have young kids. For the first few years of my kids’ life, my wife was the main breadwinner while I took bigger risks in filmmaking (with a lot of failure). Side hustles became an important way to keep my family afloat. I got lucky to have given a TED talk a few years back, which became a lucrative way to be a keynote speaker at universities around the country, but since it’s been a few years since my talk I don’t really get booked as often as I wished. I also own a butchery (Honest Chops in the East Village) and a burger joint (Burgers by Honest Chops in Greenwich Village) — my partners and I don’t take much money out of the business but at the end of the year, we take a small cut based on our shares in the company. I used to freelance in advertising as a copywriter, but my work was a bit outdated so nowadays when I’m not in the midst of a film, I’m lucky enough to direct short form branded content.

Callie Mae Nichole Lyons (“Edge of Red”): In addition to filmmaking, I’m a professional dancer and dance teacher. I’ll pick up gigs when I’m not on set or prepping for a film. I also work at an acupuncture studio which is a great monetary supplement and is super flexible with my erratic schedule. Plus I receive treatment free of charge which is wonderful because acupuncture is a modality crucial to my spiritual, physical, emotional, and mental healing journey.

Michael Tyburski (“The Sound of Silence”): Admittedly I hope I can get to the point of making a living while making an independent film, but in the meantime I direct commercial work between film projects (which, coincidentally, helps pay off credit card debt from making said independent film). Commercials and short-form branded content work have allowed me to make a somewhat sustainable income as a filmmaker, but it’s also always been a good tool for me to stay sharp between longer projects and allows me to work with new collaborators, too. A lot of the crew I work with on my films, I’ve met in the commercial world. Feature films require so much time and bandwidth to make, and I really like the idea of being able to float between short and long-term projects, as I tend to get anxious when I’m not working on something. Lately, I’ve been interested in television work for similar reasons.

Rashaad Ernesto Green (“Premature”): When I’m not making an independent film, I direct episodes of television to pay the bills.

Rodney Evans (“VISION PORTRAITS”): When I am not immersed in filmmaking I teach introductory and advanced film production courses and screenwriting in the Film and Media Studies Department at Swarthmore College just outside of Philadelphia. The commute from Brooklyn can sometimes be a challenge, but the students at Swarthmore are sharp, passionate and deeply engaged with the art of filmmaking and the cultural and sociopolitical issues in the world around them. Since I have been there for the last four years there has been a marked increase in the number of students of color and LGBT+ students taking production and screenwriting courses. Sometimes all it takes is for a student to see someone that belongs to the same demographic as they do and showing work that reflects their experience for them to think about filmmaking as a valid career option. It’s also important that they see me as an example of a teaching artist/working filmmaker making only work that I care deeply about and control from idea to completion.

One of my proudest moments as a teaching artist was premiering my new feature documentary “VISION PORTRAITS” at SXSW in March and also watching my students, Julian Turner (writer/director) and Kyungchan Min (DP) premiere their short fiction film “May” at SXSW as well with their extended families there to support them. I see teaching undergraduate film production as ground zero in building a more diverse and inclusive independent film sector where filmmakers have the skill set to thrive no matter what the vicissitudes of the industry might throw their way. It’s exciting to help filmmakers discover their passion and their voice and create their own space in an industry that is finally starting to recognize the value of their experiences and stories.

Nikyatu (“Suicide By Sunlight”): When I’m not making films I am a tenure track Assistant Professor, teaching Directing and Screenwriting.

Kyle Myers-Haugh (“Walker’s”): I’m a recent college graduate. When not making films, I work a part-time retail job that I’ve held throughout college. Although part-time and retail, the job both pays well and affords me benefits like health insurance and paid-vacation. In the past, managers worked with my school schedule as I was finishing my undergraduate studies. The start of each shift was staggered in accordance with the end of each day’s classes. During the school year, most of my time was spent either at school or at work. I’m thankful for the job. It afforded me the opportunity to go back to school, to study my interests, and to obtain my bachelor’s degree. In the summer or two before I graduated, I used the block of time, usually devoted to classes but now newly free because of summer, to focus on the production of a documentary short. The short was a student production, with the school providing almost all of the equipment. There was no real cost except for batteries, and, because of the documentary mode, during filming, no crew except for myself. During that summer, I devoted whatever free or spare time I had to that film’s production. I edited the film in the fall between school and work.

Brett Story (“The Hottest August”): I teach documentary theory and production at a university. I also write.

Diana Peralta (“De Lo Mio”): When I’m not working on my films, I make a living as a Creative Producer in the advertising world. I’m currently working as a Senior Producer at Revlon’s in-house creative agency. Prior to Revlon, I worked at an incredible branding agency called Red Antler for a few years. I’ve had the opportunity to work across a wide range of industries including beauty, fashion, food, lifestyle, finance, pharmaceuticals, and education. My dream would be to work on my films full time some day, and in a way, being an agency producer and project manager for the past seven-plus years has helped me become a stronger filmmaker. It’s so much fun being the creative in the room, but I’m also able to ground myself with a strong foundation in planning and execution. I enjoy the checks and balances that come with being the dreamer and the do-er at the same time. I think all filmmakers should know how to do both!

Kirill Mikhanovsky (“Give Me Liberty”): Independent or not, in my life, there is not such a thing as not making a film – whether it’s researching for the script, writing, hustling to finance the film, picking up pieces of myself after everything collapsed (sometimes only weeks before the shoot), the director is always at work. Always. Writing and directing is akin to being a classical pianist or an athlete – you’ve got to practice and train every damn day. Often, to keep myself financially afloat I resort to writing and editing gigs.

Juan Pablo González (“Caballerango”): I teach. I’m a faculty in the MFA in Film Directing at CalArts.

Jeremy Teicher (“Olympic Dreams”): I’ve been lucky in my career to have a partner in both work and life, Alexi Pappas, who is an Olympic runner. A big part of my day is helping her be a successful athlete. It’s definitely not the typical “day job” situation — income from film and from athletics can be unpredictable, but between the two of us we were able to create stability for ourselves through our early career and now we’ve managed to stay on our feet long enough to see both careers grow.