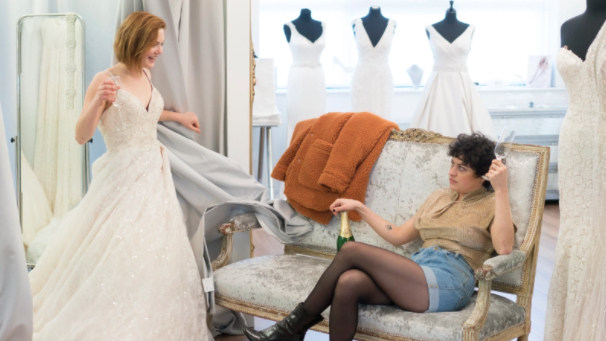 Exclusive: Sophie Hyde’s film, adapted by author Emma Jane Unsworth, follows a pair of BFFs as they come to a crossroads in their friendship.

After premiering at the Sundance Film Festival in 2019 and screening around the world at other fests, including Adelaide, Galway, Melbourne, and Stockholm, Sophie Hyde’s “Animals” has locked in a permanent North American home. The dramedy, starring Alia Shawkat and Holliday Grainger as a pair of long-time best friends at a crossroads, has been snapped up for a fall digital and VOD release by Freestyle Digital Media, the digital film distribution division of Byron Allen’s Entertainment Studios.

Written by author and screenwriter Emma Jane Unsworth and based on her novel of the same name, “Animals” is billed as “a fierce and unapologetic celebration of female friendship — an intimate, funny and bittersweet examination of the challenges of turning talent into action and being a modern woman — with faults, longings, and competing desires.”

The film picks up 10 years into the steadfast friendship of Laura (Grainger) and Tyler (Shawkat), as they are faced with some tough choices, the kind that might pull them apart. Boozy and obligation-free, Laura and Tyler have entered their thirties much as they spent their twenties (read: drunk), and the realization that the world is passing them by impacts the pair in very different ways. Spurred by the news that Laura’s big sister is about to become a mother and facing down her withering literary dreams, Laura begins to gravitate toward the kinds of opportunities that Tyler still scoffs at.

In IndieWire’s review of the film at Sundance, this writer noted that “Laura’s struggle is emblematic of the ones faced by plenty of modern women, [but] Hyde and Unsworth resist turning ‘Animals’ into a screed about the plight of ‘the modern woman’ at large. … Grainger and Shawkat are wonderful together, conveying the depth of a 10-year relationship with affection and honesty. ‘Animals’ keenly understands something that few modern films are willing to face: friendships, the good ones, the real ones, aren’t some stopover on the way to movie-ready true love and riding off into the sunset.”

“Emma Jane Unsworth’s novel and screenplay for ‘Animals’ is a celebration of a female friendship and an examination of being a modern woman, a woman with faults and longings, aspirations and competing desires,” said Hyde in an official statement. “It was a thrill to work with Holliday Grainger, Alia Shawkat, and the whole cast and crew to bring characters to the screen who are funny, disturbing, charming, and nuanced. It was a delight to premiere at Sundance and we have relished the responses from audiences around the world, so it’s wonderful to bring it back to North America. I hope audiences get to live vicariously, from their homes, through these wonderful women at a time when our ability to party together in groups, feels like a distant memory.”

Check out the first trailer and poster for “Animals,” exclusively on IndieWire, below. “Animals” will be available to rent and own on DVD and North American digital HD internet, cable, and satellite platforms on November 10. 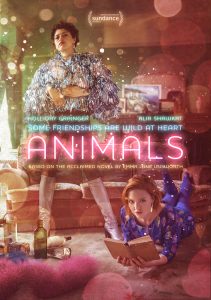 Read the full article from IndieWire