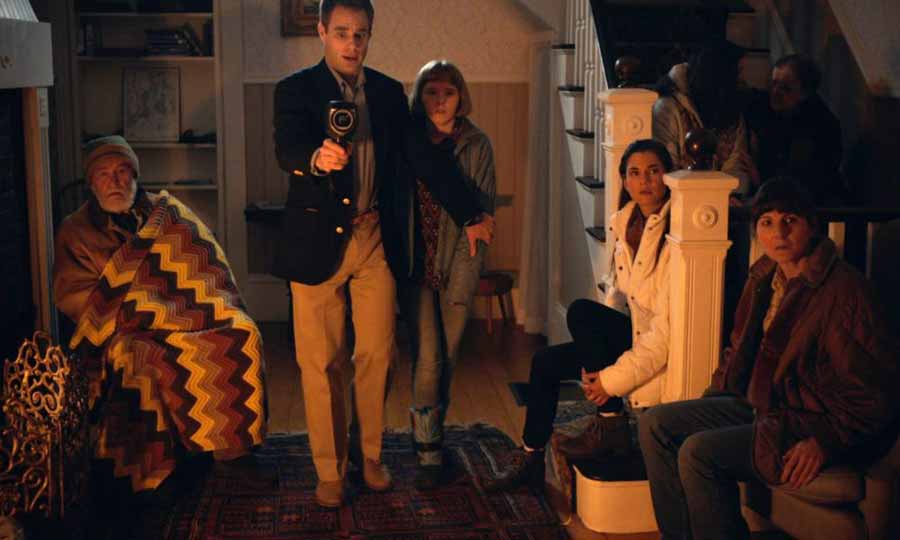 A small fishing community, located on a secluded island forty miles from the mainland, is dealing with the financial burden caused by the mysterious disappearance of the local fish and lobsters.

Theories are tossed around at the local diner, but the visiting biologist – continuing his late wife’s findings – believes the culprit is an undocumented ocean predator that is devouring the fish at an alarming rate.

His wife’s proposal was laughed at by the scientific community, and he isn’t faring much better with the locals.  However, after the ferry hasn’t shown up for three days and communication with it has been lost, people start to begrudgingly admit he may be right.

Entertaining creature feature earns points for taking its time to set up its situation and characters. Dialogue and motivations ring true, and the pacing is spot-on.

Writer Tess Gerritsen is known for writing the Rizzoli & Isles series of novels (later turned into the hit TV show) and she does a creditable job of giving us potentially cardboard caricatures and giving them nuance and three dimensions. The biologist, the local doctor, the pretty waitress, etc. could have all been dull stick figures as in hundreds of other creature flicks. But even the comically cantankerous older couple – deadly in many others’ hands – come across as real people by film’s end.

It also helps that the acting is solid across the board, which is very unusual in a micro-budget horror flick. Robins (Steve Martin’s wife in Planes, Trains and Automobiles) is a standout as the doctor, but everyone does a fine job here.

It also helps greatly that the film was shot on location in the picturesque town of Camden, Maine, and the seaside atmosphere is utilized well by first time director Josh Gerritsen (Tess’ son).

The narrative takes a page or two from Aliens (hardly anything new there) but is smart and satisfying in its own right, with survivors acting intelligently and resourcefully, and revelations about the creatures’ strengths and vulnerabilities meted out in believable fashion.

As mentioned above, Island Zero is a micro-budget affair, and frankly, it shows. The digital photography is functional at best (again, thank God for that pretty New England town!) and the effects are…well, not too bad for the budget but certainly uneven. However, the filmmakers were very wise in creating monsters with characteristics that cleverly allowed them to cut corners on creature design and effects.

Island Zero doesn’t rewrite the book when it comes to monster flicks, but it’s a fun ride, with rounded characters to root for and a well-structured script that leads to a gratifyingly credible denouement.

Island Zero is now available On Demand by Freestyle Releasing.