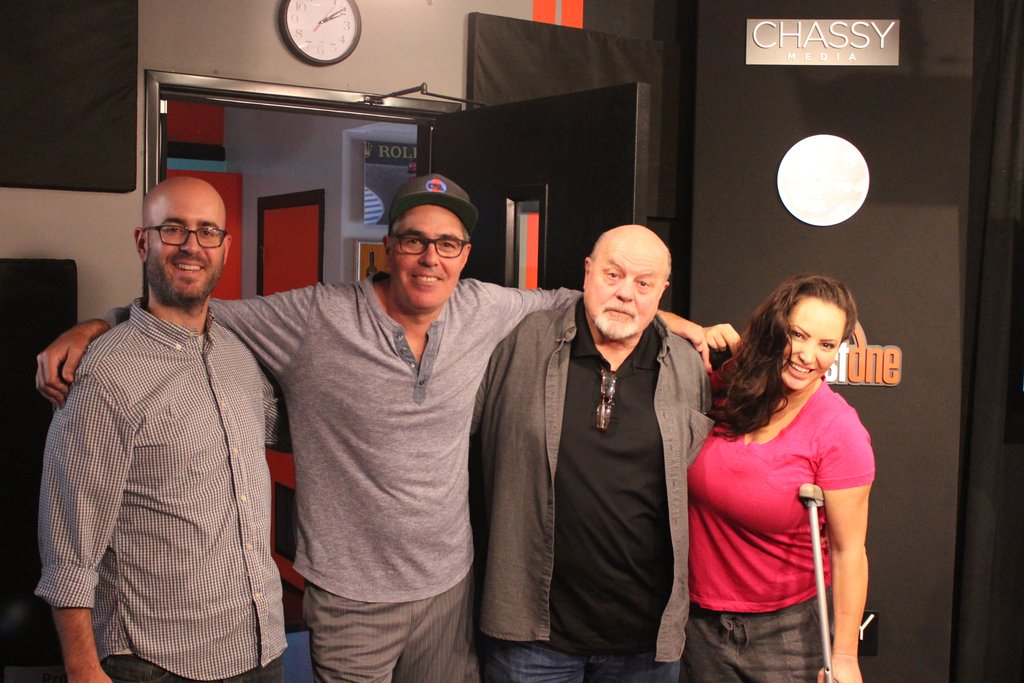 Posted at 20:28h in News by Michael Hetnal

Today’s podcast opens with more complaining about Limp Bizkit, and people who have an automatic negative answer chambered away when asked a question. Adam then talks about the legacy of Playboy, and he and Bryan discuss the platform bed offer for Tessa. Michael Ironside then joins the studio and talks with the gang about his plan to move out of the Hollywood Hills after over 30 years. They go on to discuss his incredibly busy career, the origins of his name, and the family dynamics that break down in his new film, ‘Knuckleball’. Michael also explains why it’s important to always be in the moment, and talks about auctioning props from his films to support rehab centers.  Up next, the guys play a game called ‘Hollywood Hand Me Downs’, and Michael asks Adam about his Aston Martin. Before the break, today’s Good Sports covers arguing with crazy people, and how we define manhood.

Part 2 of today’s show opens with a conversation about how stupid it is to change ‘offensive’ mascots. They also chat about throwback uniforms, and RJ Bell calls in to discuss his incredible NFL picks thus far. Other topics of conversation include the upcoming Khabib-McGregor fight, and of course RJ’s Parlay. Gina then reads news stories about Sylvester Stallone filming Rambo 5, Kevin Spacey being sued by a masseuse, and a new ‘Bling Ring’ targeting celebrities. As the show wraps up, the guys talk about McDonald’s new health conscious makeover, which leads to a rant about Subway.