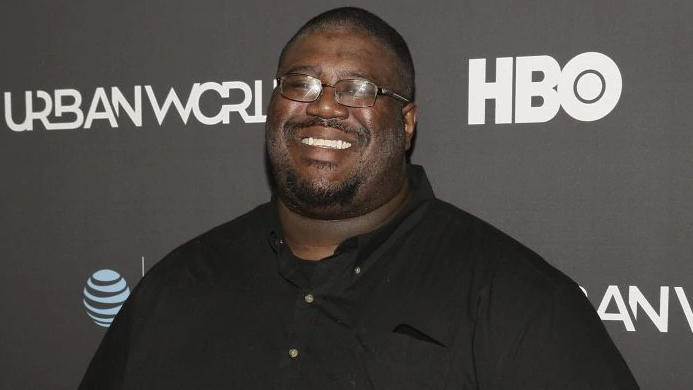 Menelek Lumumba and Hans Charles’ film 1 Angry Black Man is about a Black male senior in college, named Mike, who is within weeks of graduating from a school in Maine.

Viewers are introduced to Mike in a police interrogation room, where he is being questioned for a crime he claims to not have committed. Mike is released and the audience is taken to a place where the majority of the movie unfolds, Mike’s African American literature class.

Here, students of the class use literature by Black author, as their guide to discuss the lingering issues surrounding racism. In an exclusive interview with theGrio, filmmakers Lumumba, Charles, and Caroline Onikute talk about the creation of 1 Angry Black Man.

The film lacked change of setting, which was created purposely by Lumumba to challenge its viewers to face the buried racial issues head on, rather than avoid it.

“I’ve been experimenting for years about the idea of doing a single location film, a limited set, something like 12 Angry Men,” the filmmaker explained. “How it came to be and manifested to 1 Angry Black Man was around all of the police shootings in 2014. I think it was particularly Tamir Rice, [who] was the one I was the most emotional for, because I was about to become a father.”

He added, “I was trying to really think about a way to dramatize that type of fear, that is a big part of racism, and how that can impact African American men in their college years, their early 20s and how that kind of skews their view of the world. The one set dynamic became a place to address really, really heavy issues where there was no place to go, there was no place to hide.”

Cinematographer Charles, producer of 1 Angry Black Man, followed Lumumba’s script and used his skills and different tricks to bring that vision to life. While shooting scenes, Charles had to get creative using different shots, to make the movie more impactful. Using the film 12 Angry Men for inspiration, Charles found ways in which he could achieve the atmosphere Lumumba wanted.

“You will see in the beginning of the film the camera moves pretty frantically and frequently, and it tends to have wide frames,” Charles shared. “As the film goes along the camera movement starts to slow down dramatically and the frames are also much, much tighter. So when you are looking you are seeing individuals instead of groups of people.”

While this film does not have much of a difference in setting, what it does have is a lot of dialogue. Each monologue births a new conversation that explores another layer of racism in depth. White feminism, Black religion and, of course, politics are just some of the topics that were discussed. Every intense dialogue in the film demanded the actors to bring out the necessary emotions for the proper deliverance of the scenes.

Lumumba explained how he helped aid the actors in their deliverance and said, “Number one we didn’t have a lot of time. we didn’t have a lot of rehearsal. We had one read through. What I told the actors during that is, ‘Wherever you feel like your character should go, take it there. I’ll let you know if it is off course, but you are going to be in charge of the department of your character.’ Each actor committed to that and they took the emotion of the moment in that individual direction.”

As for the actual characters in the movie, the students in the classroom were used to represent a larger group of people. Each student was either a different gender, race, or political background.

Mike and the other main character, who was a White Republican man named Kyle, had the most interesting relationship with each other. Being that Kyle was Republican and Mike was not, it’s quite obvious that they have major differences in political views. But surprisingly, there were times throughout the film that the two were in agreement, and it was even noted that they had a friendship.

“The fact that he [Kyle] and the protagonist [Mike] have this kind of genuine, emotional bond, separate from their politics, in a lot of ways that relationship in the modern context is a fantasy,” Lumumba said. “You don’t see that very often if ever. It’s almost like, the possibility of two people of very polar opposite views of the world, could still become friends, in certain dynamics.”

He continued, “One of the heavy topics discussed in the film was the relationship between God and Black people. Using a Ta-Nehisi Coates book as his guide, Mike shows his disapproval of Black people having so much love for someone who does not seem to love them back. His line in the movie is, ‘Who has God done less for than Black people? And who loves Him more.’”

Producer of the film Onikute revealed that not only is she an atheist, but that the God vs. Black people scene received a stamp of her approval.

“When I saw that script and I read that script, what was important for me to see, was myself. I saw my identity,” Onikute said.

For Charles, this scene was not a favorite, but he agrees that it does leave space for conversation.

“I read this in the script, but it didn’t really dawn on me until the first time that Keith Stone, the actor, read it as Mike in the room, and I like shook my head in disgust,” he explained. “I had complaints about it. And I knew once the film was finished, I knew this would be a very contentious thing for people to wrestle with. We screened in Gary, Indiana and the audience loved the film but one woman at that moment, got up and walked out. But I think it fits perfectly within the film because it is going to force people to have discussions.”

Lumumba also touched on the fear white people have of speaking up during times like what the country is currently going through. Jimmy, a white male student, is a character who represents white people who do not speak out against racial issues, out of fear of saying the wrong things.

To the reality of most white folks, this experience of, ‘Well it’s still about me and my feelings. Even your death, your potential death, your life of one day perhaps being eliminated by agency of the state is still about how I feel,’” Lumumba said. “Unlearn that and then you’re an ally.”

Today, protesters are outraged for the unlawful deaths of Ahmaud Arbery, George Floyd and Breonna Taylor, and with the release of 1 Angry Black Man, it gives off a sort of déjà vu tone. As previously stated, Lumumba originally created the film as a response to police brutality.

1 Angry Black Man was released on June 5 and is now available to rent and own on DVD on Freestyle Digital Media.