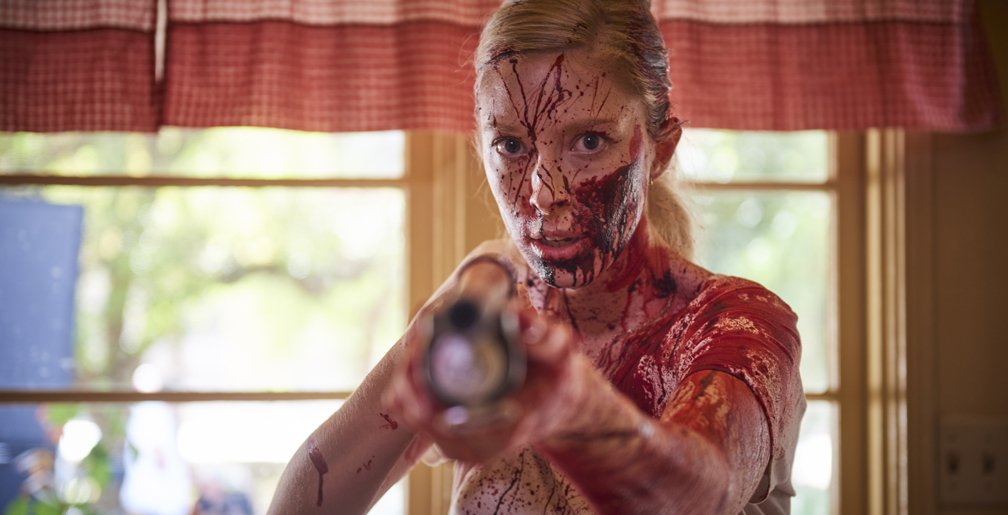 Posted at 22:06h in News by Michael Hetnal

On October 26, Freestyle Digital Media will be distributing the horror film Killer Kate!, which looks like it takes strong influence from John Carpenter, not just in music or tone but also in humor! And to show you all what exactly I’m talking about, we’ve got the exclusive first look at the film with a NSFW red band trailer that you can watch above!

“Estranged sisters – Kate and Angie – haven’t spoken since Angie went to college and left Kate to care for their ailing father. In a show of reconciliation, several years after moving out, Angie invites Kate to her bachelorette party held at a remote house booked on a home-sharing app. The women are unaware that by booking this house, they’re walking into a trap set in motion by a disturbed family of amateur killers who are out for blood to right a cosmic wrong. They soon become unwitting participants in a savage and often ridiculous life-or-death struggle that pits family against family, and past against present.”