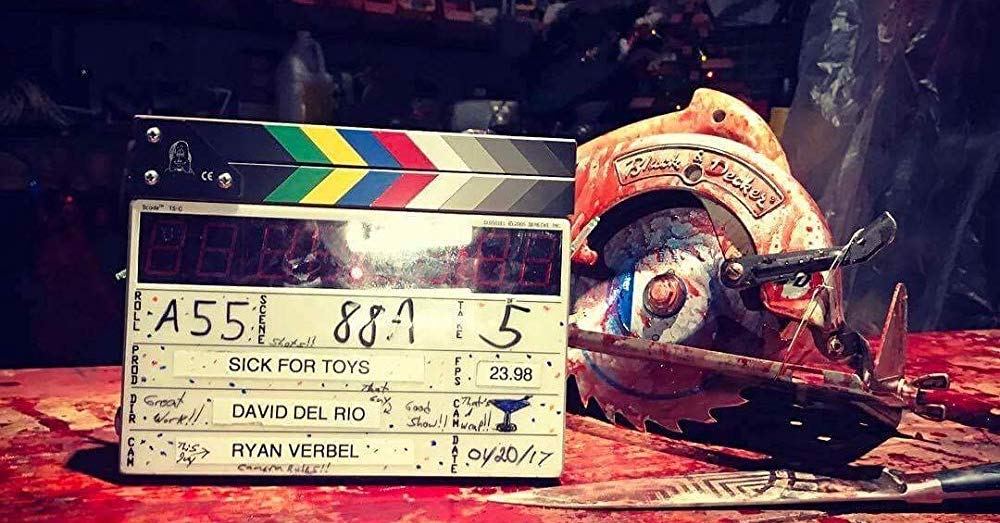 Posted at 21:17h in News by Michael Hetnal

You know how there are people who insist that Christmas music should never be heard in stores until after Halloween? Well, Devilworks has decided that they’re going to buck that trend in the movie world with this Fall’s Sick For Toys, which will be coming out in early September. And while we adore all things Halloween, who are we to deny a little bit of holiday cheer a bit in advance? That’s why we’ve teamed up with the filmmakers to bring you the opening scene of the film, which you can watch above!

“Roy is the nice guy who finishes last. Sick of his current situation, he accepts an invitation to have Christmas dinner with the beautiful and strangely alluring Emilia. Once at dinner, Roy realizes that Emilia and her oddball brother (Edward) are not what they seem.”