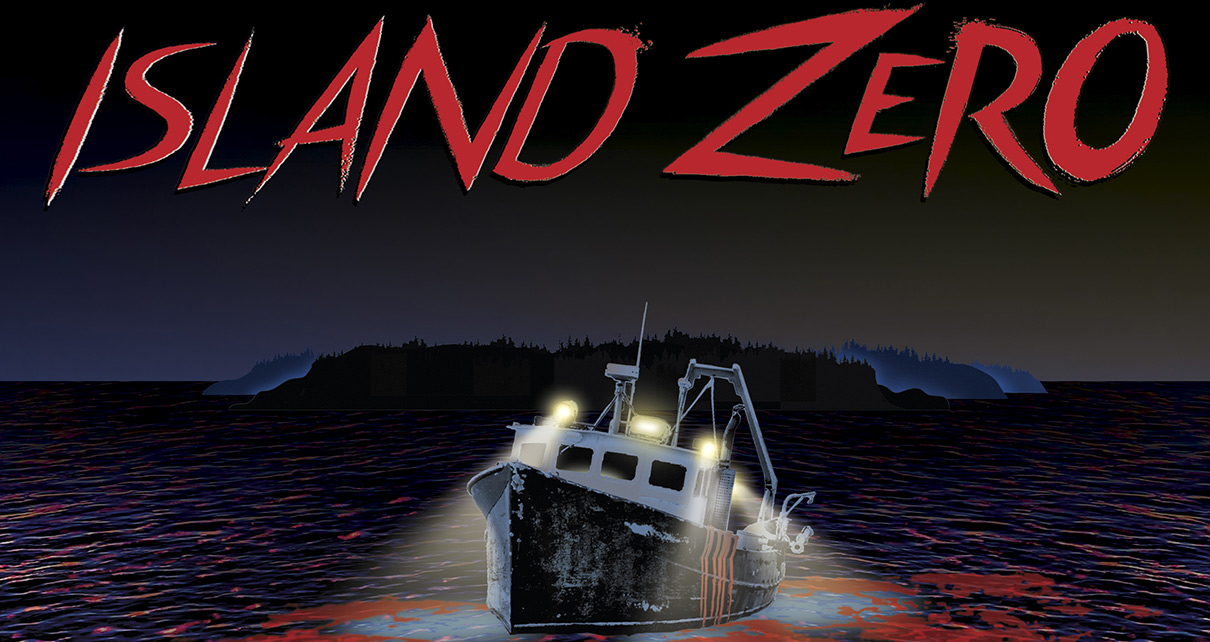 16 May Review: Josh Gerritsen’s Island Zero (One Of The Best Creature Features This Year)

Well, there’s no other way to start this review than by saying that Island Zero is one of the best combinations of horror and science fiction this year, and it’s a supreme mix of old school creature feature elements and modern action-thriller troupes. From Donkey Universe Films and directed by Josh Gerritsen, Island Zero saw its VOD release on Tuesday, May 15th 2018, courtesy of Freestyle Digital Media, and it’s definitely a film that you should check out if you’re a fan of The Birds, The Thing, and Alien. Written by Tess Gerritsen, the film follows a community on a small fishing island who finds itself mysteriously cut off from the outside world after ferries suddenly stop coming. Phone lines have gone dead and every boat that’s sent out for help fails to return. Matters become worse when dead bodies turn up along the water’s edge, forcing a band of survivors to find out who, or what, is killing them. Laila Robins, Adam Wade MacLaughlin, Teri Reeves, Matthew Wilkas, Elaine Landry, Anabel Graetz and Richard Sewell star in this creepy feature film from director Josh Gerritsen.

I have a soft spot for creature features, but in all honesty, I was a little weary of Island Zero in the beginning. It started too slow for my liking and I was waiting for this big shock-and-awe moment that never arrived. However, in a world filled with recycled ideas and Sharknado being the reigning monster movie champion, I have to respect Josh and Tess Gerritsen for making a modern movie with hints of retro classics that would have been featured on Elvira’s Movie Macabre. Pre-Golden Age of Horror movies were all about masterfully building suspense and executing a story that sneaks up on you, and that’s what Island Zero does. It takes its time reeling you in, with progression and other-worldly tentacles, and it’s done in an almost high-class sort of way. Proper? Refined? Nostalgic? All words that I’d use to describe Island Zero, and that’s even before the shit hits the fan and the story rockets towards a climax. Island Zero would have been a great summer movie, if they waited, but now you’ll get to catch it this month on VOD.

I was also a little iffy on the cinematography, which I thought was too dull. But, again, I had to realize that Island Zero wasn’t a happy movie, and some cameramen, such as cinematographer Mark Farney, make their job into an art form – and that means crafting a look that represents the film’s mood and atmosphere. The camera work perfectly captures the essence of terror, the lack of hope, and the feeling of isolation that comes with being stranded in the water. With no food, no outside access, and no way out, the townspeople in Island Zero are quite literally waiting to be picked off and eaten by a sea-beast from the depths of Hell…or the coldest planet in outer space? The cozy, homey town is turned upside down, and even if survives are left behind, there’s always the looming idea that this isolated event has the potential to turn global. Of course, this leads way for potential sequels, but right now I want to bask in the near perfection that is Island Zero; a film that was fun to look at and explore from every angle. With expert and emotive performances, all of the actors and actress pulled off impressive characters that help navigate this boat through rocky waters. Well done, guys.