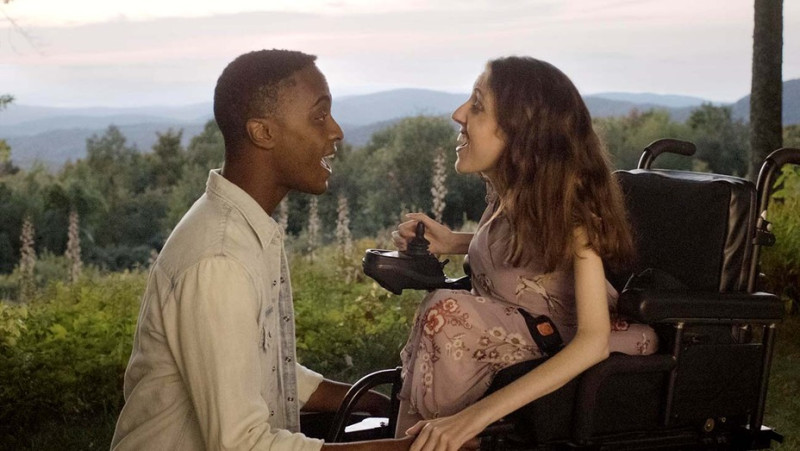 “Best Summer Ever” is a high school musical. It isn’t “High School Musical” — it’s better. Tender and exuberant, it includes set pieces modeled on “Footloose” and “Grease,” and feels closer to those films in spirit than to the Disney Channel. This is the kind of movie that vibrates with the energy of the people who made it, whose enthusiasm radiates from the screen. The actors and filmmakers seemed to have had an extremely good time bringing “Best Summer Ever” to life. Watching it made me happy.

In Michael Parks Randa and Lauren Smitelli’s film (available on demand), Tony (Rickey Wilson Jr.) is the star quarterback who privately yearns to become a ballet dancer. Sage (Shannon DeVido) is the daughter of pot-dealing hippies whose nomadic lifestyle has made it hard for her to settle down. Tony and Sage fall for one another at summer camp, but when summer ends, and Sage winds up at Tony’s school, the young lovers are besieged by the usual teen movie crises — the scheming cheerleader (MuMu), the football rival (Jacob Waltuck), and of course the big game, whose outcome rests heavily on Tony’s reluctant shoulders.

This is all very familiar. What’s novel is the cast, which is largely made up of actors with a range of physical and mental disabilities; these disabilities are never remarked upon, and disability doesn’t figure into the plot. The effect of this inclusiveness is a feeling of amazing warmth and camaraderie, at its most compelling during the film’s many original musical numbers, which are staged and shot with verve. The cast has wonderful screen presence — particularly DeVido, whose turn as the lovelorn heroine is magnetic. Representation matters. And in “Best Summer Ever,” it makes the movie come alive.

View the full article from THE NEW YORK TIMES